The all-new 2023 Alfa Romeo Tonale made its official debut this month, to wide acclaim. To mark the turning point in the Alfa Romeo’s rich 122-year history, the reveal is dubbed La Metamorfosi: this Alfa Romeo is the first to feature a plug-in hybrid powertrain and is the automaker’s first step toward going all-electric by 2027.

The new 2023 Alfa Romeo Tonale is sure to be an instant classic in the Alfa Romeo lineup, so let’s take a look at just what makes it such an anticipated SUV.

The Tonale debuted in concept form at the 2019 Geneva auto show. Now, Alfa has released official photos and information that give us a much better idea about what the new little Italian ute has to offer. The company says the Tonale will hit U.S. showrooms starting in the first quarter of 2023.

The 2023 Alfa Romeo Tonale is offered with two distinct powertrains, but all models come with an all-wheel drive. The standard setup pairs a nine-speed automatic transmission with a turbocharged 2.0-liter inline-four that makes 256 horsepower and 295 pound-feet of torque.

The optional plug-in hybrid features a turbo 1.3-liter four-cylinder and an electric motor mounted on the rear axle that together generates a combined 272 horses.

All models ride on a fully independent suspension; adaptive dampers are optional. We’ll have to wait to drive one to prove Alfa’s claims, but the brand promises a driving experience that will remain true to its “race-inspired DNA”.

Inside, the circular air vents and the dashboard’s driver-centric layout are clearly evolved from the Alfa Romeo Giulia sedan and the Stelvio SUV. The dash also features a 12.3-inch digital gauge cluster, and its three-spoke steering wheel puts a modern spin on a classic design.

A pair of prominent paddle shifters are available, too. The interior is appointed with a mix of aluminum trim as well as leather and microsuede surfaces. The front seats look particularly supportive, and they’re also stylish, with red contrast stitching and Alfa Romeo crests on the headrests.

Every Tonale comes standard with a 10.3-inch touchscreen infotainment system. It features Uconnect 5 software that’s shared with many other models under the Stellantis umbrella.

Along with a customizable home screen, it offers several configurable interfaces with up to five unique user profiles. Its standout standard features include wireless Apple CarPlay and Android Auto as well as wireless phone charging.

Alfa offers a smorgasbord of standard technology on the Tonale’s driver-assistance menu, from automated emergency braking to adaptive cruise control.

As more information becomes available on the 2023 Alfa Romeo Tonale, we’ll update this story with more details about: 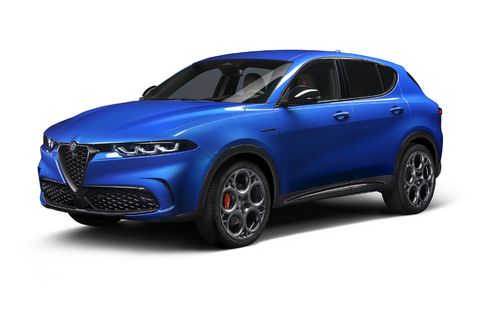 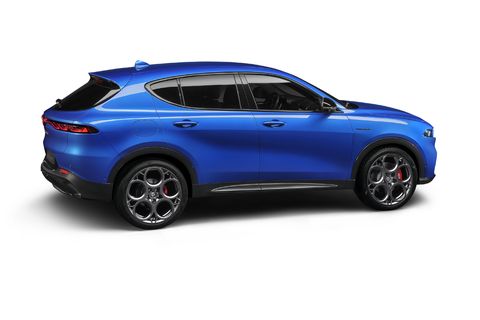 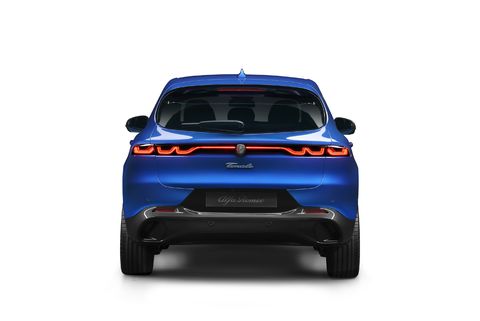 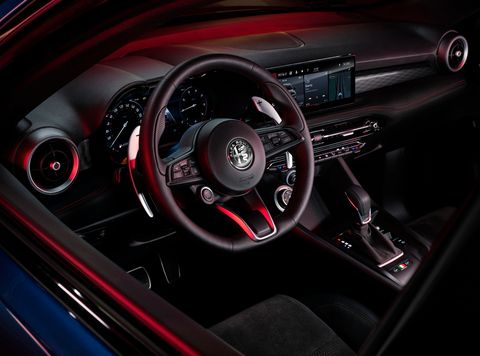 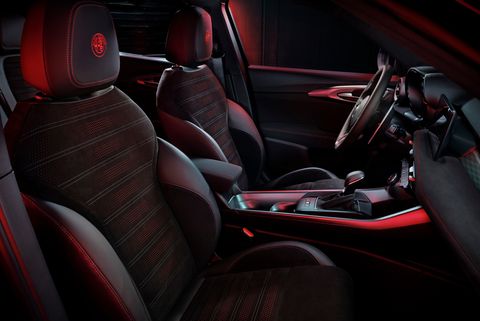