Expanding on the success of the Himalayan adventure motorcycle, la Royal Enfield Scram 411 2023 brings the fun of driving off the pavement to the city. Let’s see how the manufacturer civilized the Himalayan to create the Scram 411.

Royal Enfield is ready to come up with a range of new bikes for consumers including new 650cc ones but its next launch is based on the Himalayan. The Himalayan is a more adventure-based tourer but for a more road-based motorcycle version, the new Scram 411 is the answer.
As the name says it is a Scrambler and will borrow a lot from the Himalayan including its 24bhp engine. However, its design would be slightly different with a new headlamp cowl and a new seat along with a new instrument cluster.

Suspension travel is slightly shorter on the 2023 Royal Enfield Scram 411, which lowers the seat height a tad. Fork travel is reduced almost a half-inch, with rear-wheel travel unchanged.

That gets the Scram a seat height of 31.3 inches, which is 0.2 inches closer to the ground than the already-low Himalayan. We don’t have any rake and trail numbers.

Power output from the long-stroke vertical single is unchanged. You get a hair more than 24 horsepower at 6500 rpm and nearly 24 ft-lbs of torque at 4250 rpm from the air-cooled powerplant. The power is run through a five-speed transmission.

The styling is simplified on the 2023 Royal Enfield Scram 411 411. The tank and rear racks are gone, replaced by a grab bar for the passenger and a couple of contrasting covers on the lower front corners of the tank. With the tank racks gone, the headlight gets a small cowling.

The two-piece Himalayan seat is replaced by a smoother-styled one-piece seat for two-up riding, plus the rear fender is abbreviated a bit. The speedometer is analog-style, with digitally displayed information supplementing.

Chief of Design at Royal Enfield Mark Wells provides his take on Scram 411: “Most scrambler motorcycles focus only on aesthetics and looks.

When we began work on the 2023 Royal Enfield Scram 411, we were determined to create a motorcycle that would be distinct in design and purpose, and bring the best of the rough-road capability to urban riding.

With its distinctive look and design, playful colorways, accessible riding proposition, the 2023 Royal Enfield Scram 411 is an ultimate ADV crossover for the urban environment.”

We don’t have colors or a price for the 2023 Royal Enfield Scram 411. If history repeats itself, Royal Enfield will offer a tantalizing choice of colors at an attractive price. Royal Enfield tells us we will be seeing the Scram on US showroom floors by early fall this year. 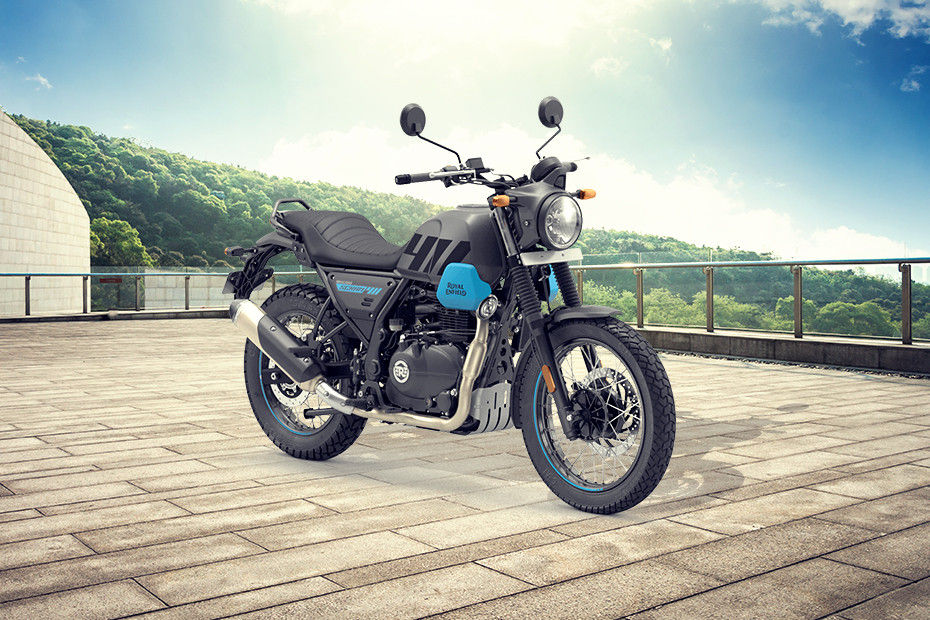 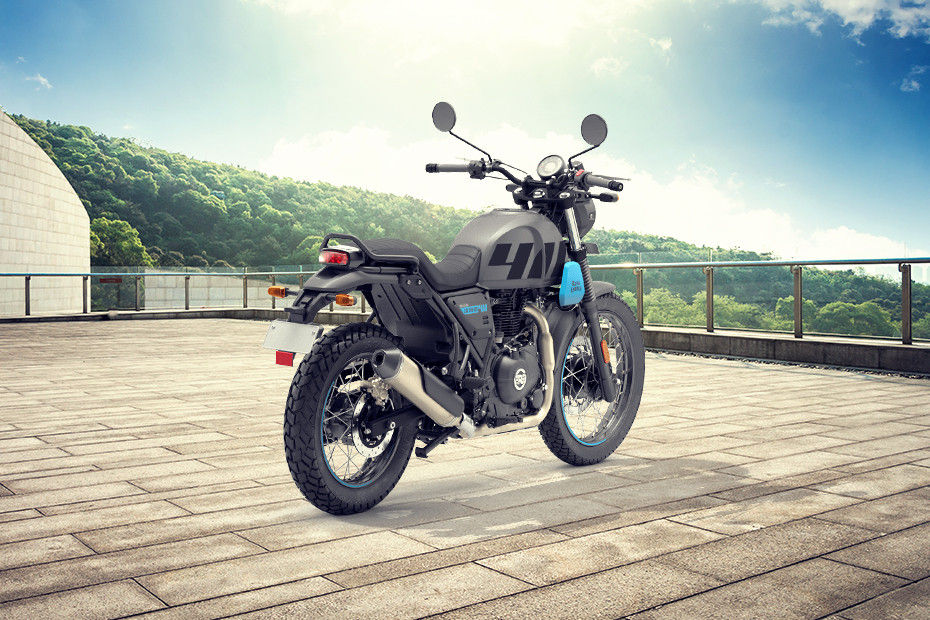 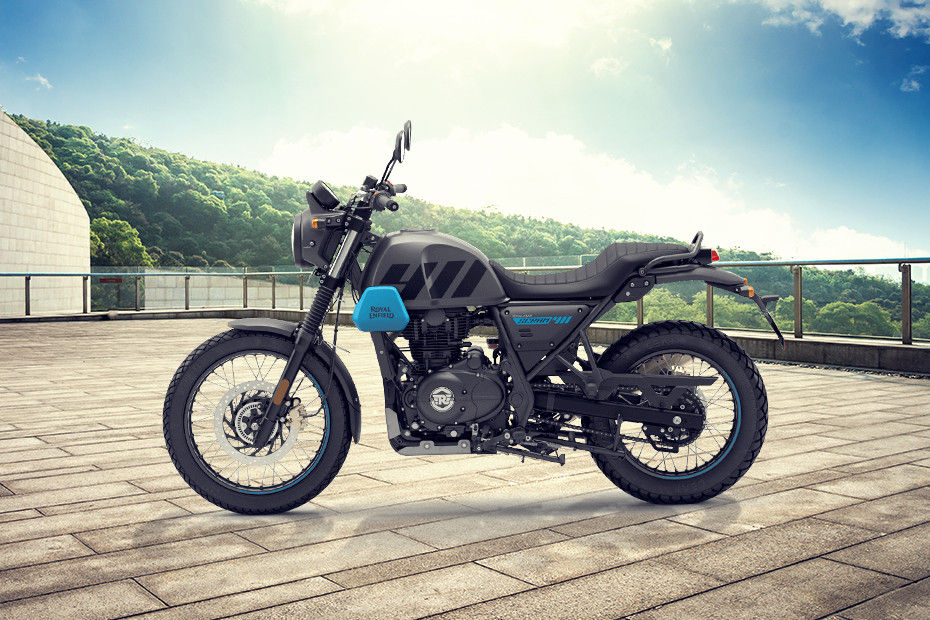 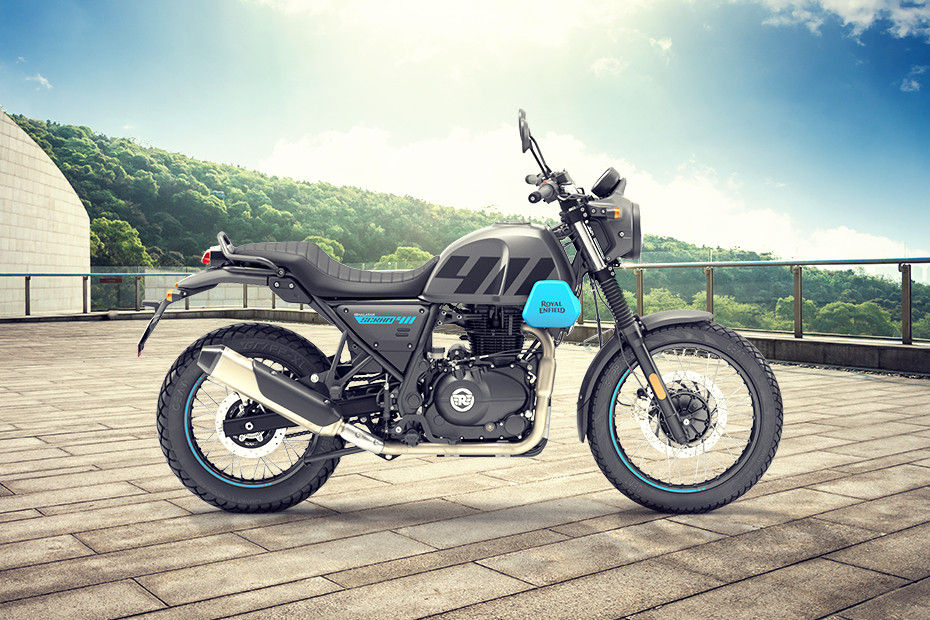