The 5,200-tonne Prince Abdulaziz yacht was delivered by Danish shipyard Helsingor Vaerft in 1984 to her first owner, King Fahd of Saudi Arabia. Since then, she has continued to serve the Saudi royal family and is berthed beside the king’s palace in Jeddah. She has been refitted three times; in 1987, 1996, and in 2005.

Prince Abdulaziz’s yacht was built at a reported cost of $184m to a design by Maierform. Her interior, designed by the late David Hicks, blends ancient and modern. One notable feature is the large lobby, said to be designed to mimic that of the Titanic.

She includes a hospital, a mosque, and a cinema, and there are also rumors of surface-to-air missiles and an underwater surveillance system on board. The mega yacht can accommodate as many as 64 guests and is manned by a crew of 65. 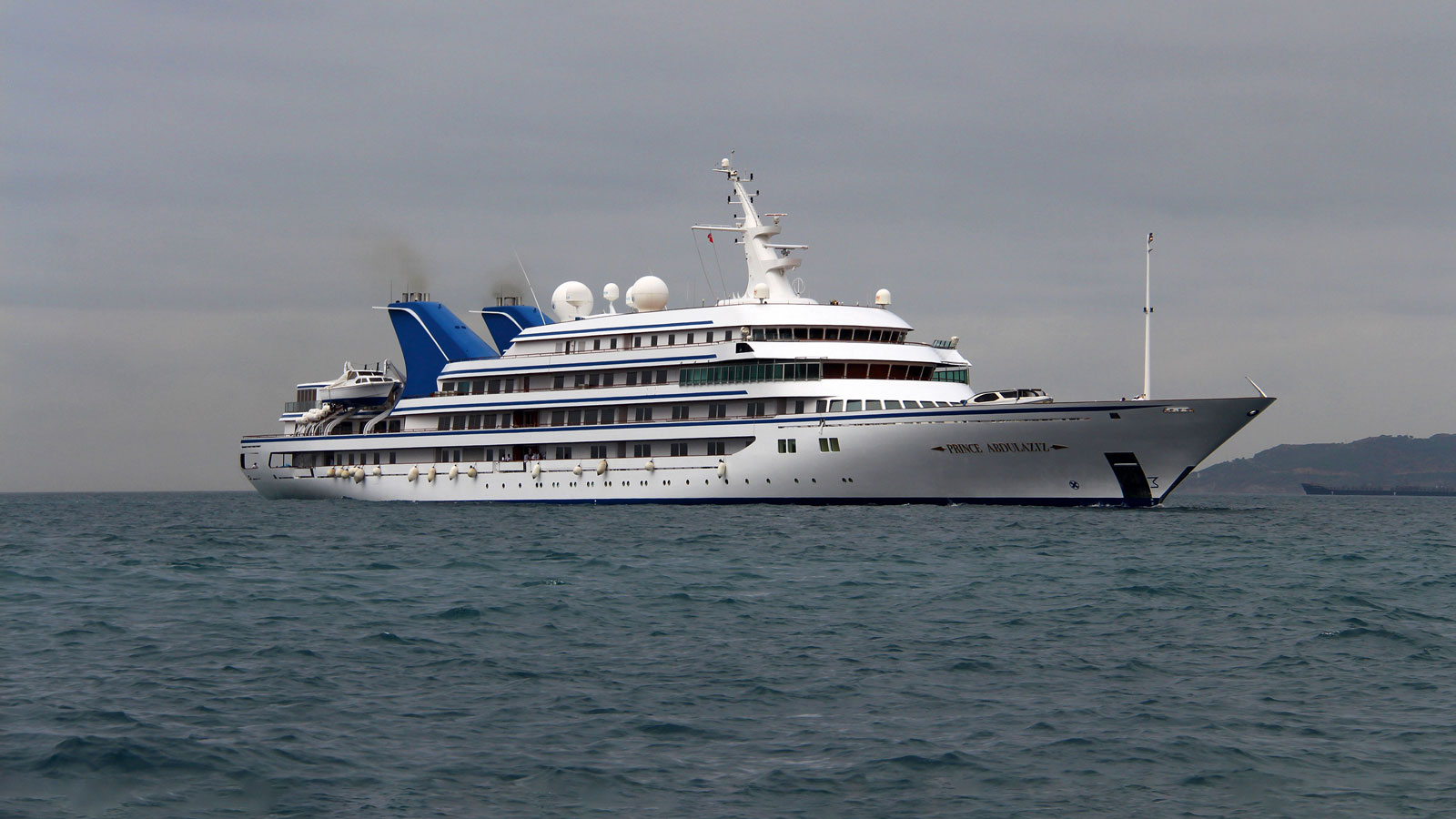 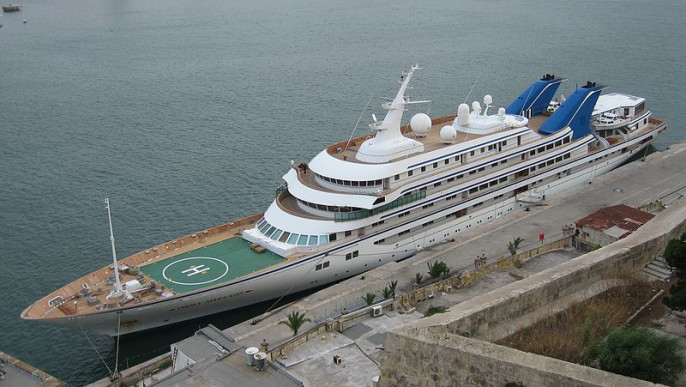