The 2022 McLaren GT gets the same twin-turbocharged 4.0-liter V8 engine as most other cars in the lineup. It generates a total of 612 horsepower, while peak torque amounts to 465 pound-feet. As a result, the exotic grand touring coupe accelerates from 0-100 km/h in 3.2 seconds and achieves the quarter-mile in 11 seconds. The GT is also structurally similar to other McLarens as it uses the same carbon fiber chassis.

McLaren fits the 2022 McLaren GT with a twin-turbocharged 4.0-liter V-8 that generates 612 horsepower and 465 pound-feet of torque. It’s paired with a seven-speed automatic transmission that sends power to the rear wheels. As you’d expect from a vehicle wearing the McLaren nameplate, blazing acceleration is one of the GT’s many performance strengths.

The company claims that the coupe sprints from zero to 60 mph in 3.1 seconds, but we haven’t had one to test to verify that claim. The car comes with launch control and features that work to optimize acceleration from a standing start. The car’s ride quality is comfortable enough to make it a pleasant choice for every-day driving, and the GT offers a selection of driving modes that allow you to customize the car’s handling to your desires.

According to McLaren, the 2022 McLaren GT achieves mileage of 15/22 mpg city/highway. That puts it behind Aston’s DB11, a rival with fuel economy that comes in at as high as 18/24 mpg. For more information about the GT’s fuel economy, visit the EPA’s website.

This 2022 McLaren GT is accessed via dihedral doors, a feature that’s unusual among grand tourers. Relative to the other models in this class, the GT has a disadvantage when it comes to passenger capacity. While most models in this segment seat four or more passengers, this coupe accommodates just two. The cabin is more deluxe than that of the typical McLaren, with ample use of supple hide. Nappa leather upholstery is standard, and options such as cashmere and microfiber are offered. An optional panoramic glass roof lets natural light into the cabin.

The glass roof is available with an electrochromatic feature that allows it to switch from opaque to varying levels of transparency at the touch of a button. Unfortunately, luxury features such as massaging and ventilated front seats—commonly offered by other picks in this class—aren’t available on this McLaren. The GT offers cargo capacity that’s generous for this class. In back, there’s a rear luggage bay that offers 15 cubic feet of stowage.

There’s also a front trunk offering an additional 5 cubic feet, bringing total cargo capacity to 20 cubic feet. With a rival such as the DB11, you get only 9 cubic feet of room for your gear. Keep in mind, though, that due to the placement of the engine, the GT’s rear cargo area gets very hot. A laptop stored there was warm enough to cause concern after a drive.

The 2022 McLaren GT‘s lineup of tech features includes a 7.0-inch portrait-style touchscreen, and the automaker says its graphics were inspired by those used on private jets. SiriusXM satellite radio and navigation are standard as well as a four-speaker sound system. A 12-speaker Bowers & Wilkins system is optional. 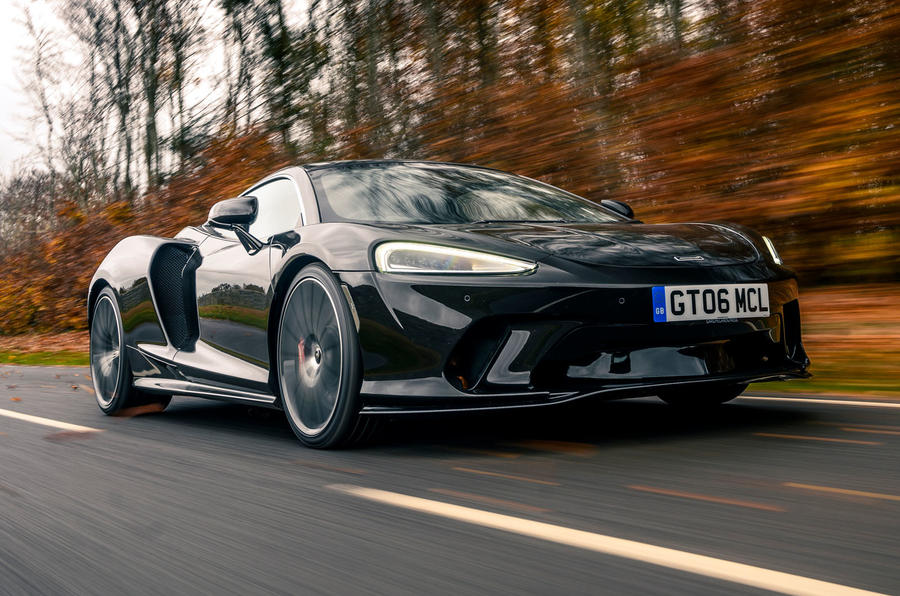 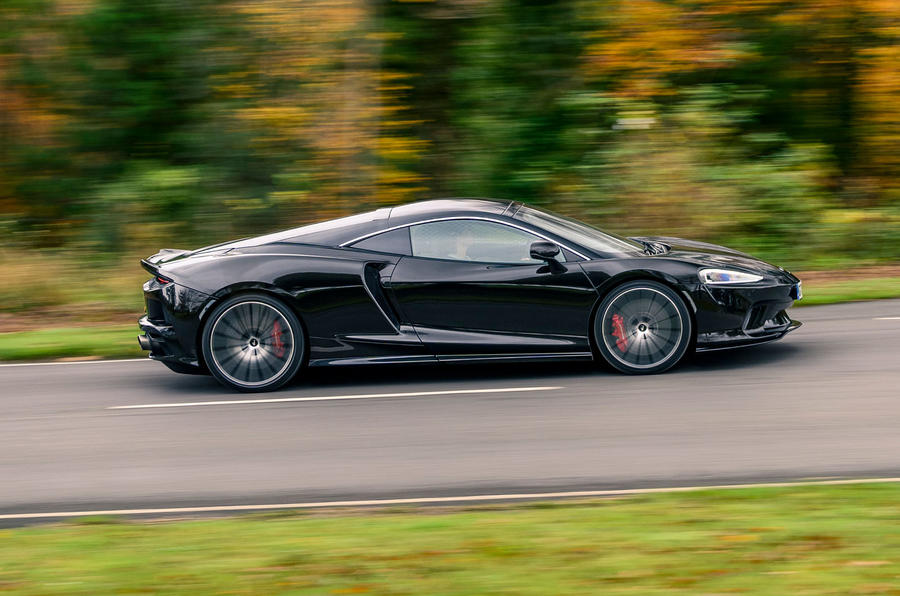 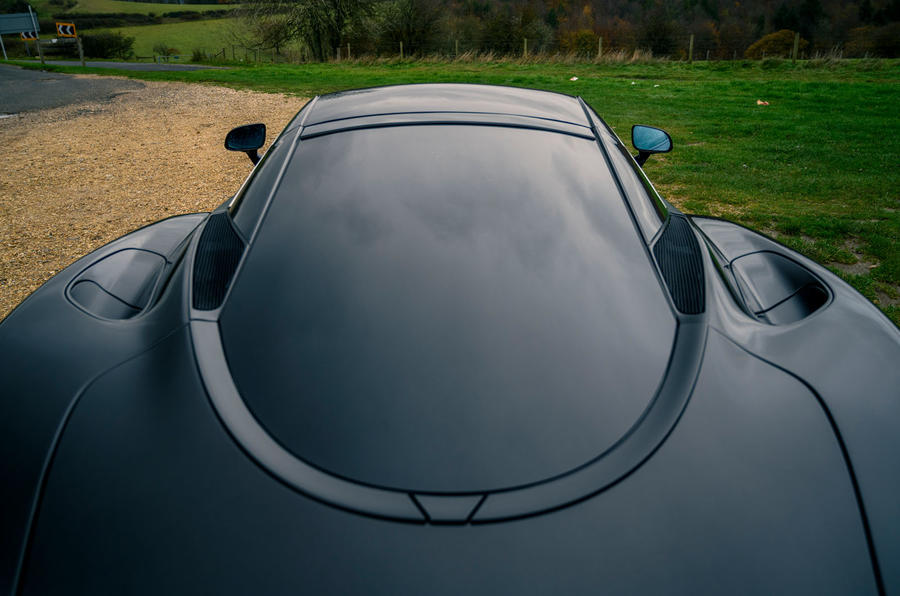 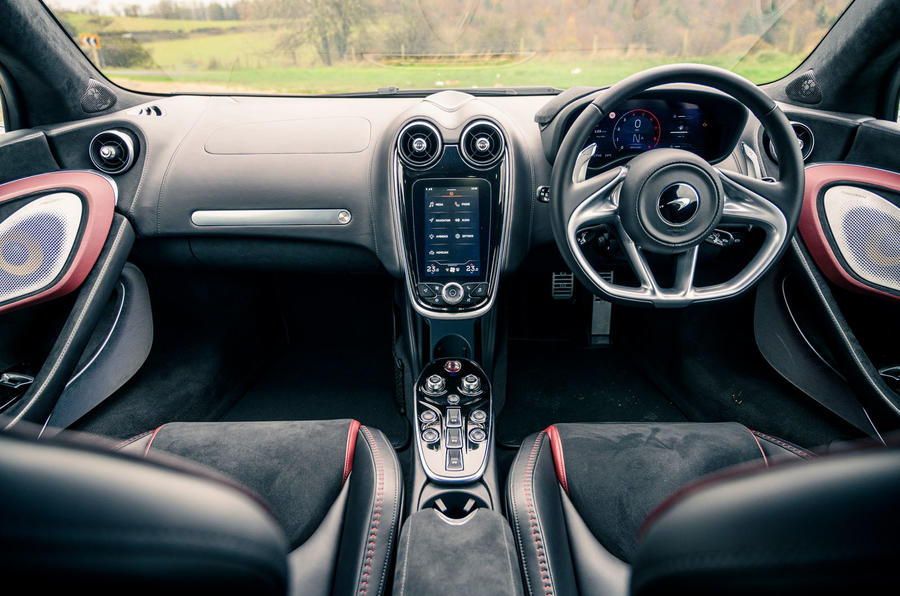 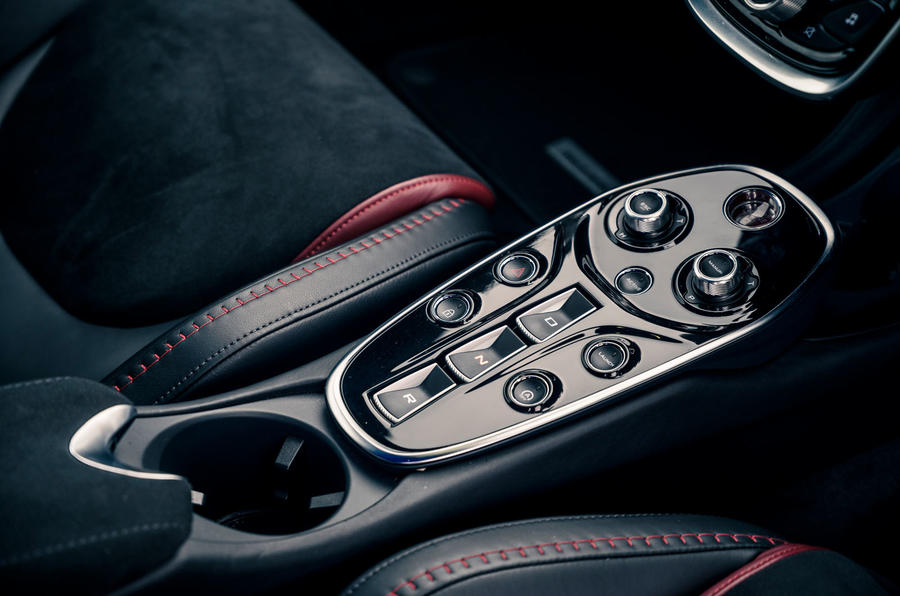