Luna Yacht is the world’s second-largest expedition yacht. She featured at the centre of a dispute between Azerbaijani Farkhad Akhmedov and his ex-wife, Tatyana Akhmedova after an English High Court judgment awarded Tatiana a disputed £453 million matrimonial settlement

Luna Yacht has a length of 115 meters (377 ft). Her diesel-electric generators give her a top speed of 22 knots. Her cruising speed is 18 knots. Thanks to her 1 million liter fuel tank she has a range of 9,500 nm. She is one of the largest explorer yachts.

Donald Starkey is responsible for her interior.  She can accommodate 18 guests in 9 staterooms. Which are serviced by a crew of 49. She has a large swimming pool on the main deck. Almost no interior information has been released. But you can find some rare photos hereunder. 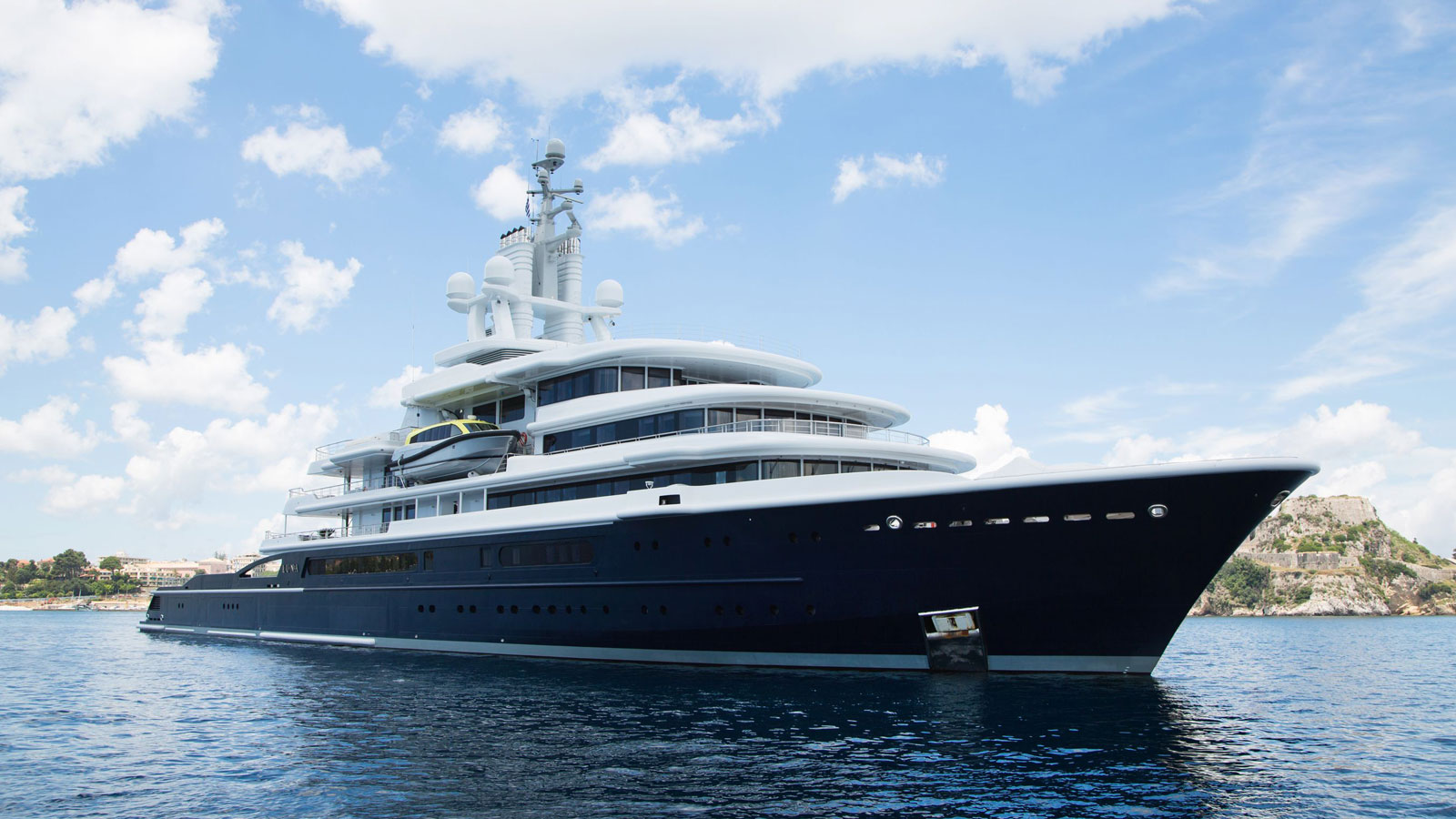