The hull of the 146-meter Lürssen superyacht Opera Yacht has been transported from the Lürssen shipyard in Hamburg to the Lürssen outfitting facility in Berne, for her final outfitting ahead of her 2022 delivery.

SuperYacht Times reported in April that the hull of Opera Yacht, of which few details are known, was launched and moved into the floating dock at Lürssen’s Hamburg facility.

The 146m/479′ motor yacht ‘Project Opera’ (ex. Project Sassi) was built by Lurssen in Germany at their Bremen shipyard. The Opera Yacht interior is styled by English designer design house Terence Disdale and she was completed in 2022. This luxury vessel’s exterior design is the work of Terence Disdale. 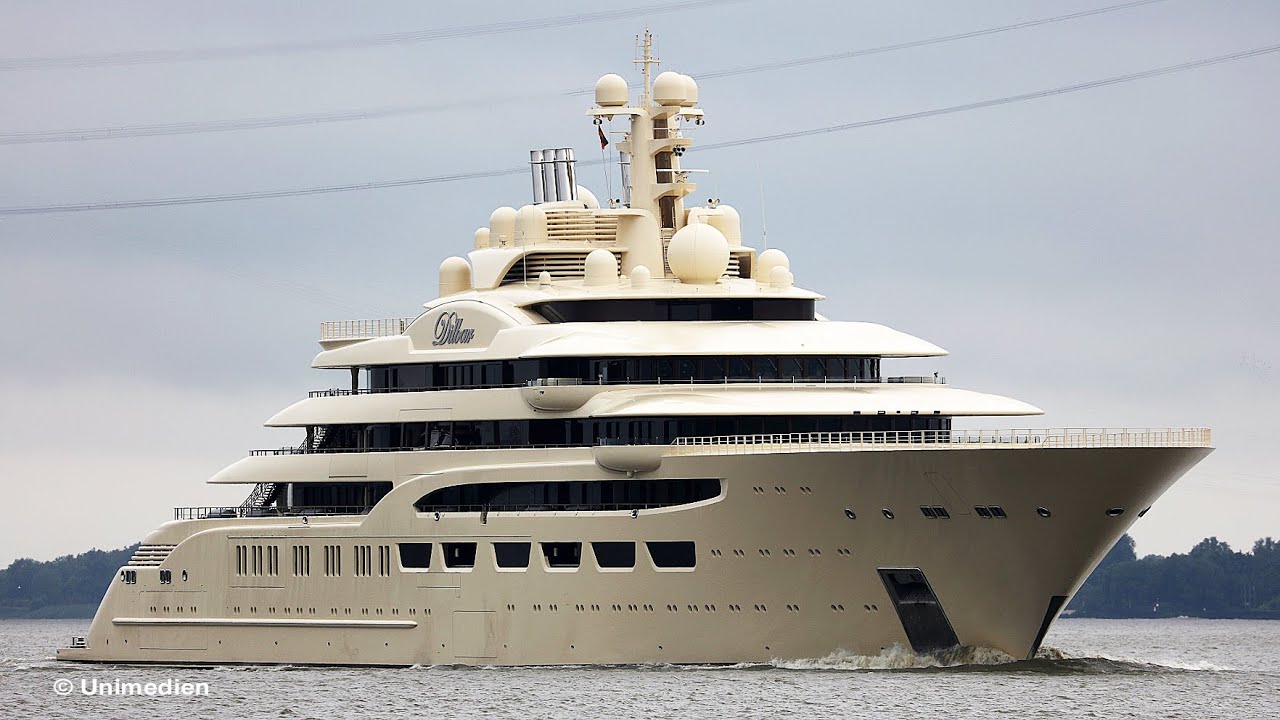 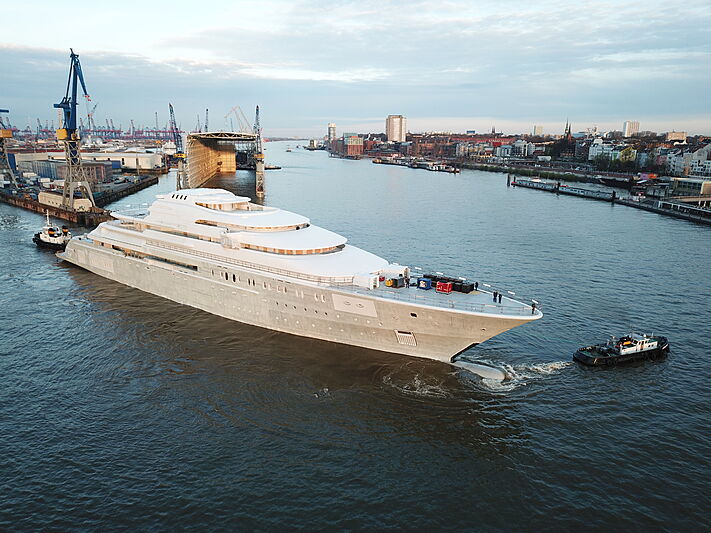 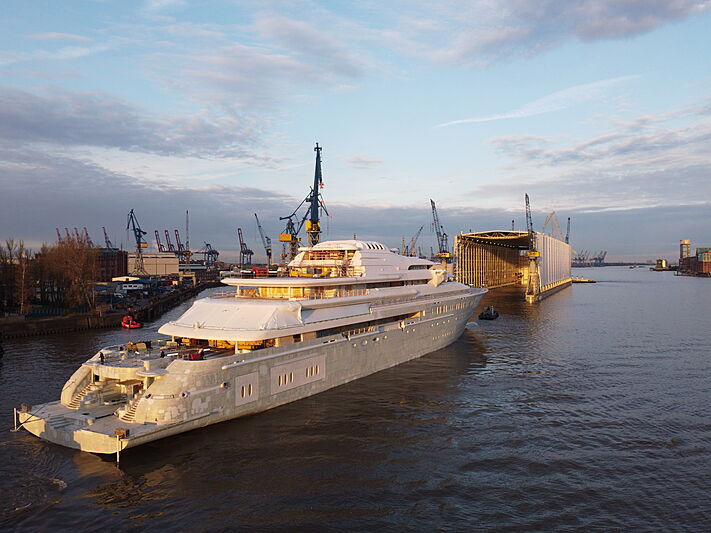 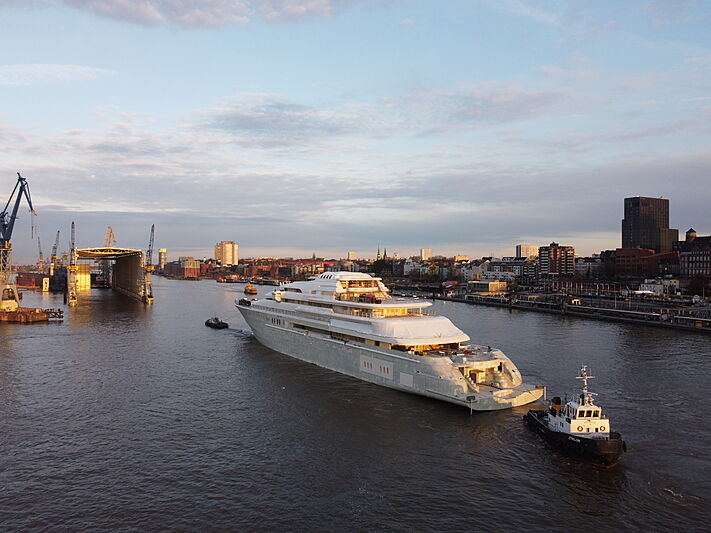 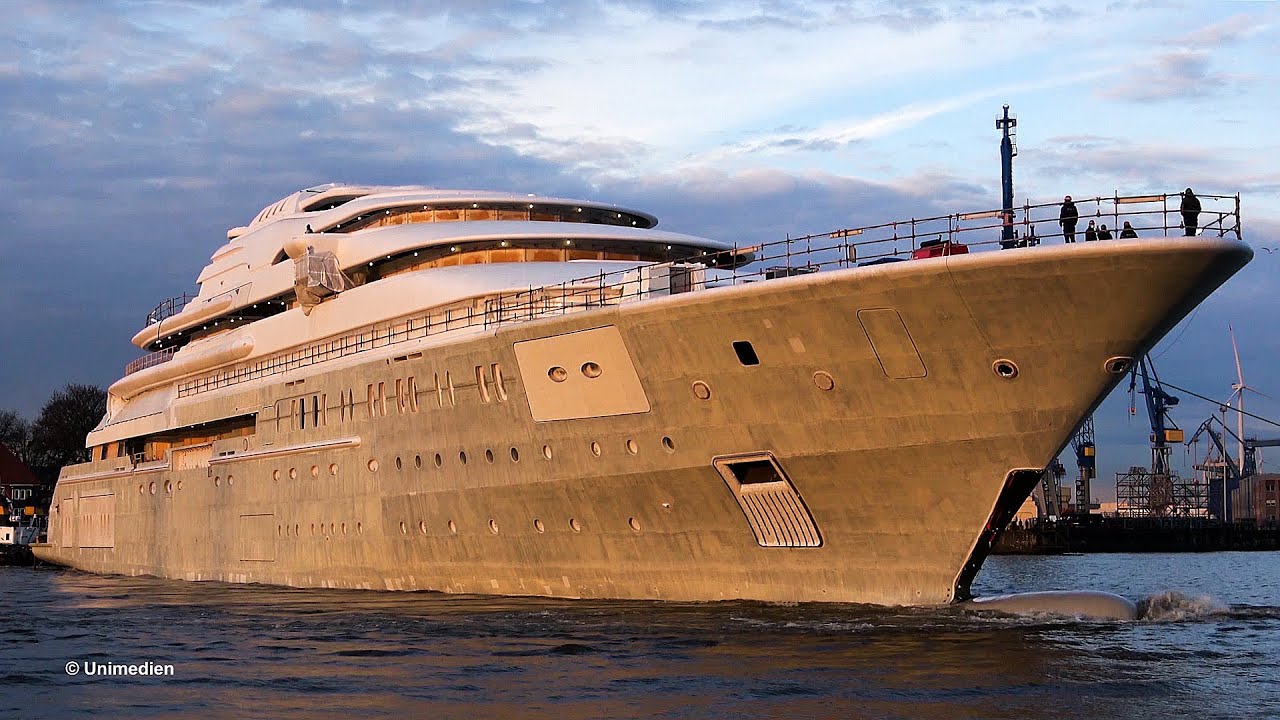 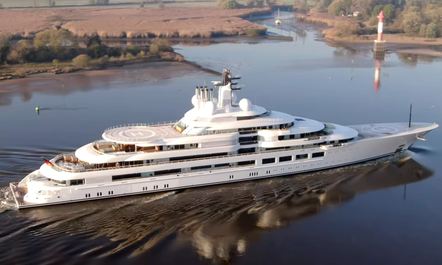