World Dream is a cruise ship operated by Dream Cruises. She was initially ordered under the same name for Star Cruises. The ship was designed for the Asian cruise market and has a large number of restaurants together with a casino and specially designed cabins. She was formally named on 17 November 2017 by Cecilia Lim, wife of Genting CEO Lim Kok Thay, who became the godmother of the ship

World Dream is the sister ship of Genting Dream. Both luxury liners were constructed for the Asian shipping company Dream Cruises.

Genting Dream and World Dream are specially designed for Chinese cruise ship guests – starting with the colorful hull painting by Chinese pop artist, Jacky Tsai, who designed a love scene between a mermaid and an astronaut. Laser technology was used to project the motif onto the hull at the MEYER WERFT dock, and the design was then carefully painted over several weeks.

The outdoor lighting concept is just as spectacular. A dynamic LED lighting system conjures up extraordinary effects on the superstructure of the ship. These ships constructed for Dream Cruises are also the first ever to come with two small submarines, which can carry four people each and descend to a depth of 200 meters.

World Dream also carries a motorboat that can travel at up to 37 knots (approx. 68 km/h), offering passengers the perfect opportunity for a nice trip.

MS World Dream (2017-built, last refurbished in 2020) is the second ship in the Dream Cruises fleet – a Chinese premium travel brand owned by the multinational corporation Genting Hong Kong (GHK). This is the second large-size cruise liner built for a Chinese company, preceded by the sistership Genting Dream (2016). The vessel features a modern design (similar to NCL Breakaway and NCL Getaway ships) and amenities rivaling the world’s largest cruise liners from the fleets of the RCI-Royal Caribbean, Carnival and NCL-Norwegian. As GT tonnage, the Asian ship equals NCL Epic.

MS World Dream has the world’s first permanent eSports gaming facility at sea. The 1700 ft2 (158 m2) sized venue is part of “VR Center” (virtual reality gaming complex with ESC Experience Lab). Ship’s eSports facility has a capacity for 80 persons (live audience) and up to 10 players. eSports events are streamed live to all TVs and LED screens on the ship, including all staterooms, the indoor Zodiac Theatre and the outdoor theatre Zouk Beach Club. eSports video gaming competitions involve physical and mental training. eSports is officially admitted as a medal sport for the 2022 Asian Games (Hangzhou, China). eSports gaming is also a potential activity for the 2024 Summer Olympics (Paris, France). 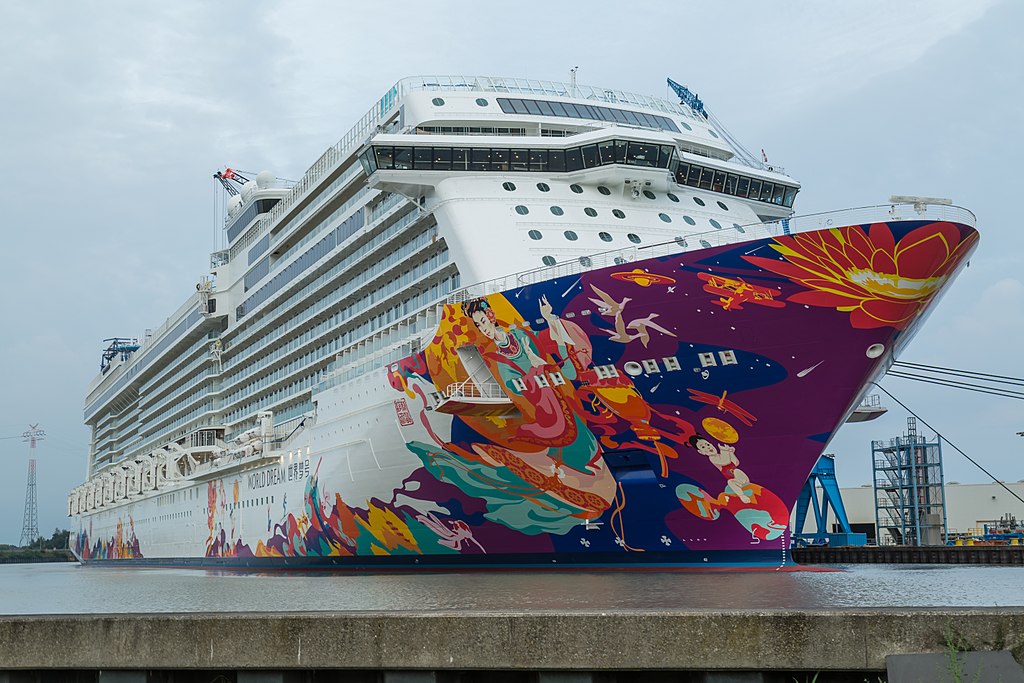 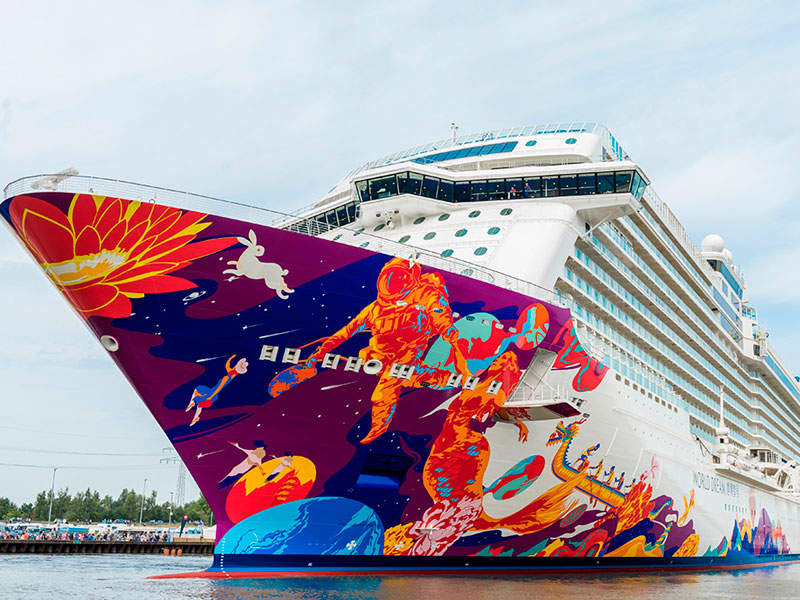