The 2022 Ford GT is notable because it serves as the last model year of the limited-production road-going race car.

As a send-off to the marvelous machine that launched back in 2017 and to pay further homage to the five original GT prototypes that spawned the Le Mans winners, Ford introduces the 2022 Ford GT ’64 Prototype Heritage Edition.

Unlike the supercharged V-8 in the previous-generation GT, the new  2022 Ford GT is equipped with a twin-turbocharged 3.5-liter V-6 engine that is similar to the one found in the Ford F-150 Raptor. Pumping out 660 horsepower and 550 pound-feet of torque, the V-6 is mated to a seven-speed dual-clutch automatic transmission.

While the last version we tested had a few less horses, it still posted supercar-worthy acceleration times. Piloting the GT is surprisingly easy, and the big car feels light and agile from behind the wheel. Despite its performance potential, the ride isn’t as punishing as you might imagine.

The suspension rides just short of choppy over minor bumps, but it’ll still transmit some harsh impacts through to the cabin.

Preserving fossil fuels is the lowest priority when it comes to hypercars. However, the 2022 Ford GT is one of the most efficient examples. The EPA estimates it’ll earn 12 mpg city and 18 highway. Compare that with gas guzzlers like the Bugatti Chiron (9/15 mpg city/highway) and the Lamborghini Aventador (9/14 mpg city/highway).

Then again, the Ford has six fewer cylinders than the Lambo and 10 fewer than the Bugatti. Since we haven’t tested any of these high-dollar machines on our 75-mph fuel-economy route, which isn’t part of our extensive testing regimen, we can’t evaluate their real-world mpg. For more information about the GT’s fuel economy, visit the EPA’s website.

The interior is similarly arresting but for a different reason: It’s extremely minimalistic and driver-focused, with almost every control relegated to the race-car-inspired steering wheel. Getting inside is a challenge, but once you’re there, you’ll notice the driver’s seat doesn’t adjust. Instead, Ford engineered the pedals and steering wheel to adjust to the driver’s position in the fixed seat. The gauge cluster looks as if it were taken directly out of the Ford GT race car, and another digital display is inset into the suede-wrapped dashboard and controls the infotainment functions.

With the priority focused on driving, the 2022 Ford GT doesn’t offer the litany of infotainment and connectivity features that most modern cars do. Still, it has a 6.5-inch touchscreen that supports Ford’s Sync 3 software. It also responds to voice commands and has built-in navigation for those who want to road-trip this $500,000 machine.

The Ford GT is a low-volume, ultra-high-performance model, so it’s not crash-tested by either agency that conducts these evaluations. Likewise, it lacks any of the driver-assistance technology that is traditionally cooked into most modern consumer cars. 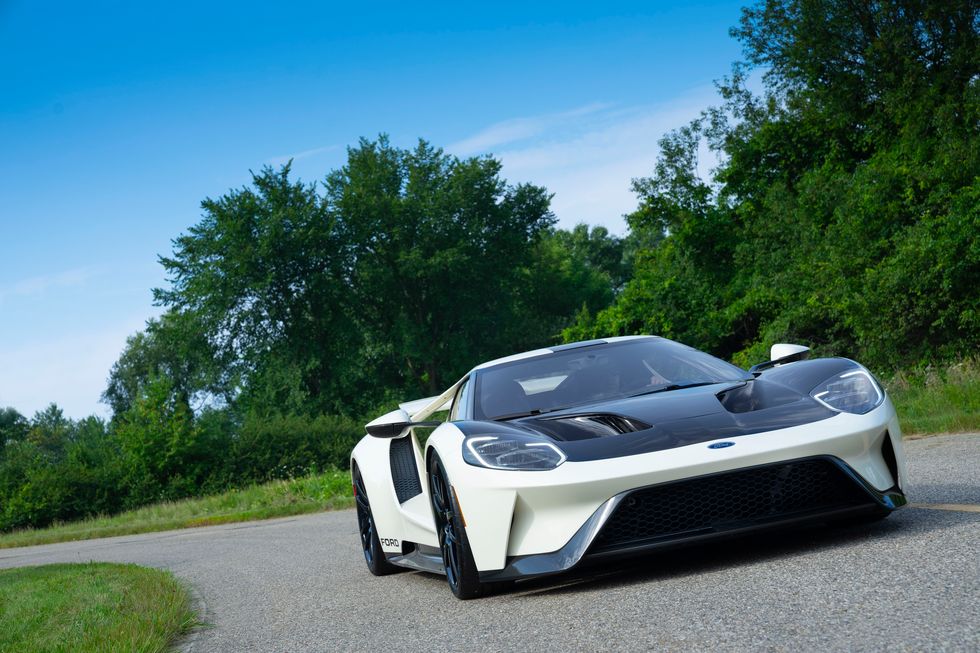 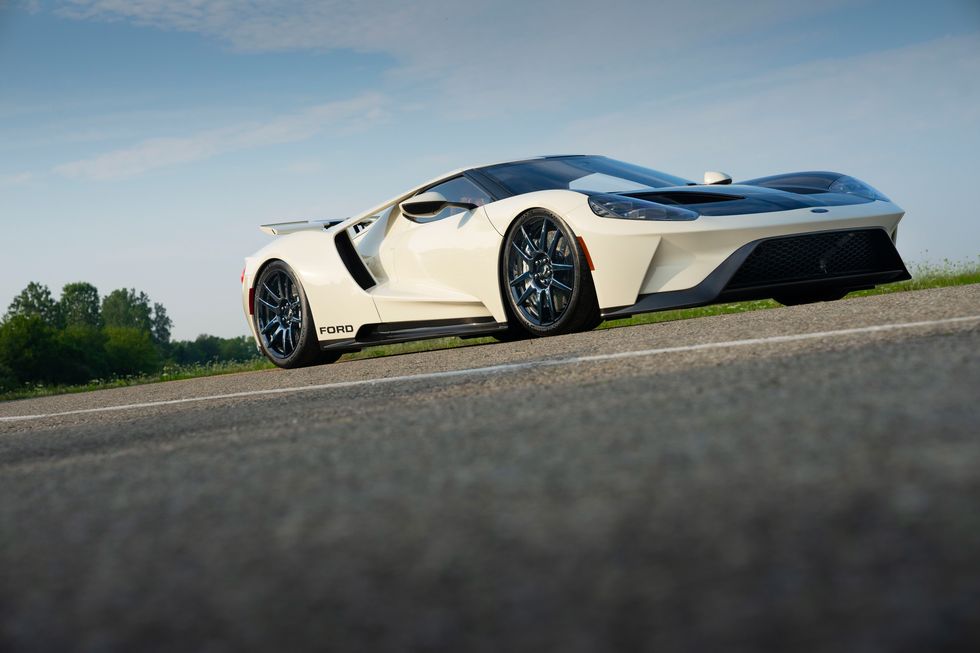 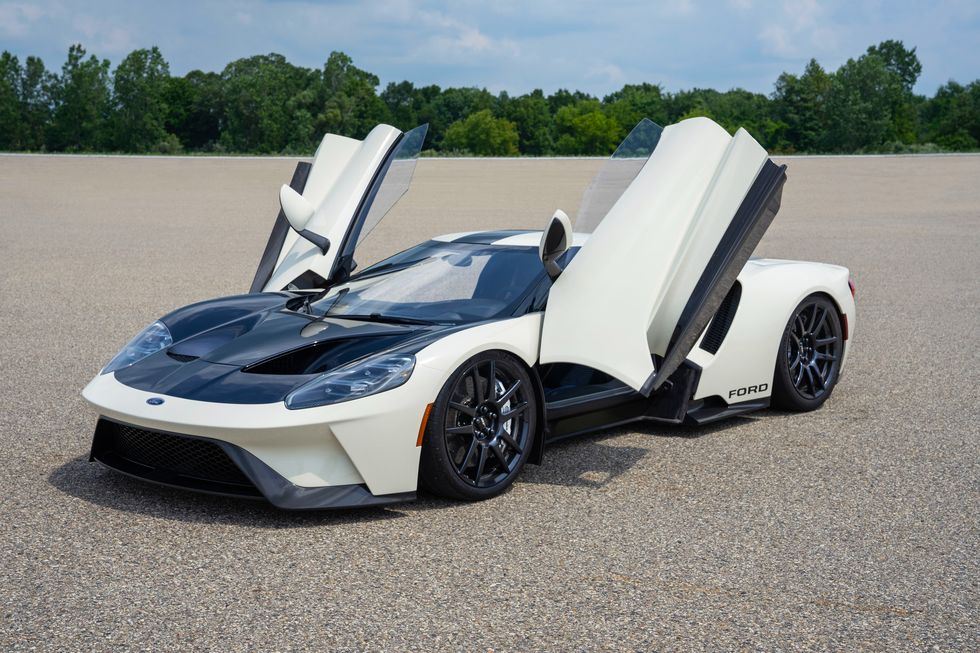 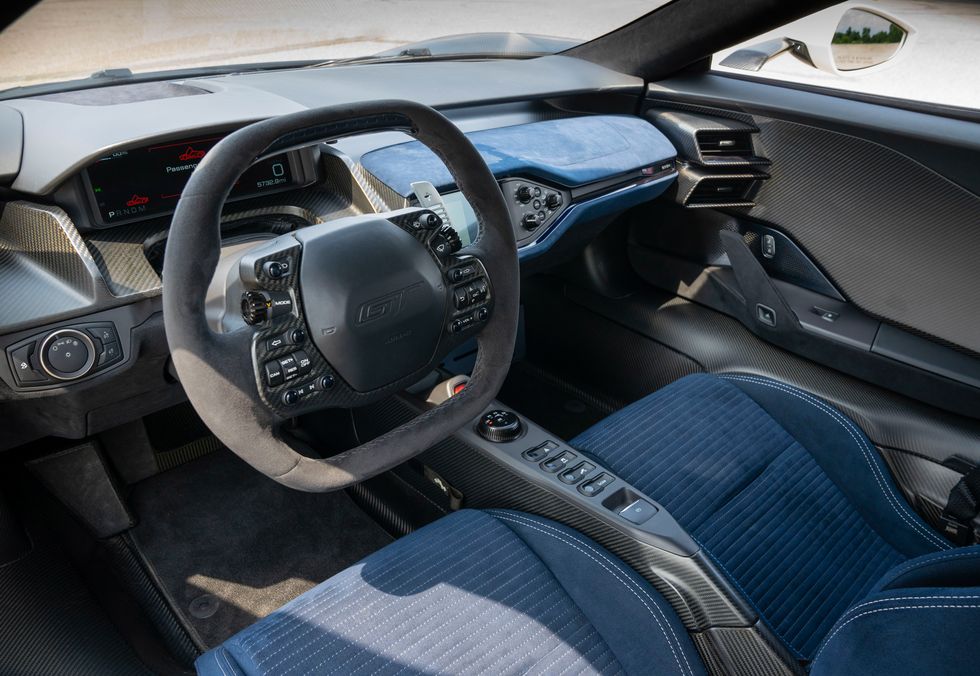