Rolls-Royce, Range Rover, Nissan, Motorbike, Private Jets, Toyota, Ford,Honda
d-central.tech
Home YACHTS Azzam Yacht
Facebook
Twitter
WhatsApp
Built by Lurssen with guidance from engineer Mubarak Saad al Ahbabi, Azzam Yacht, which cost an estimated $600 million to construct, grew longer and longer during the optimization process. With room to accommodate up to 36 guests and at least 80 crew members, it’s equipped with an onboard gym as well as a golf training room.

In October 2013, Lürssen delivered the largest privately owned superyacht in the world in the form of Azzam Yacht. Originally, she was designed to be 145 metres, but in the process of optimisation grew to 180 metres. Other stunning facts about Azzam’s impressive design include her staggering 13,000 GT and accommodation for 36 guests and as many as 80 crew members.

The behemoth was reportedly built for Sheikh Khalifa bin Zayed al-Nahyan of Abu Dhabi’s royal family, for use as a dayboat to reach his favourite diving grounds. The main saloon alone encompasses nearly 522m² and has a relaxed French Empire style and mother of pearl finishes, designed by Christophe Leoni. Onboard features include a gym, pool and a special ‘golf training room’.

Exteriors have been penned by Nauta Yacht Design, and the technical engineering was directed by Mubarak Saad al Ahbabi for the owner. The yacht has an impressive speed for her size owing to her innovative water-jet propulsion system (two fixed jets, two-directional), which catapults her along at a staggering 31.5-plus knot. At 17.5 metres longer than Roman Abramovich’s Eclipse, this boat takes the prestigious title of the world’s largest yacht. The all-white superyacht has held her title unchallenged for nearly seven years, but this reign will come to an end with the expected delivery of 183 metres REV. 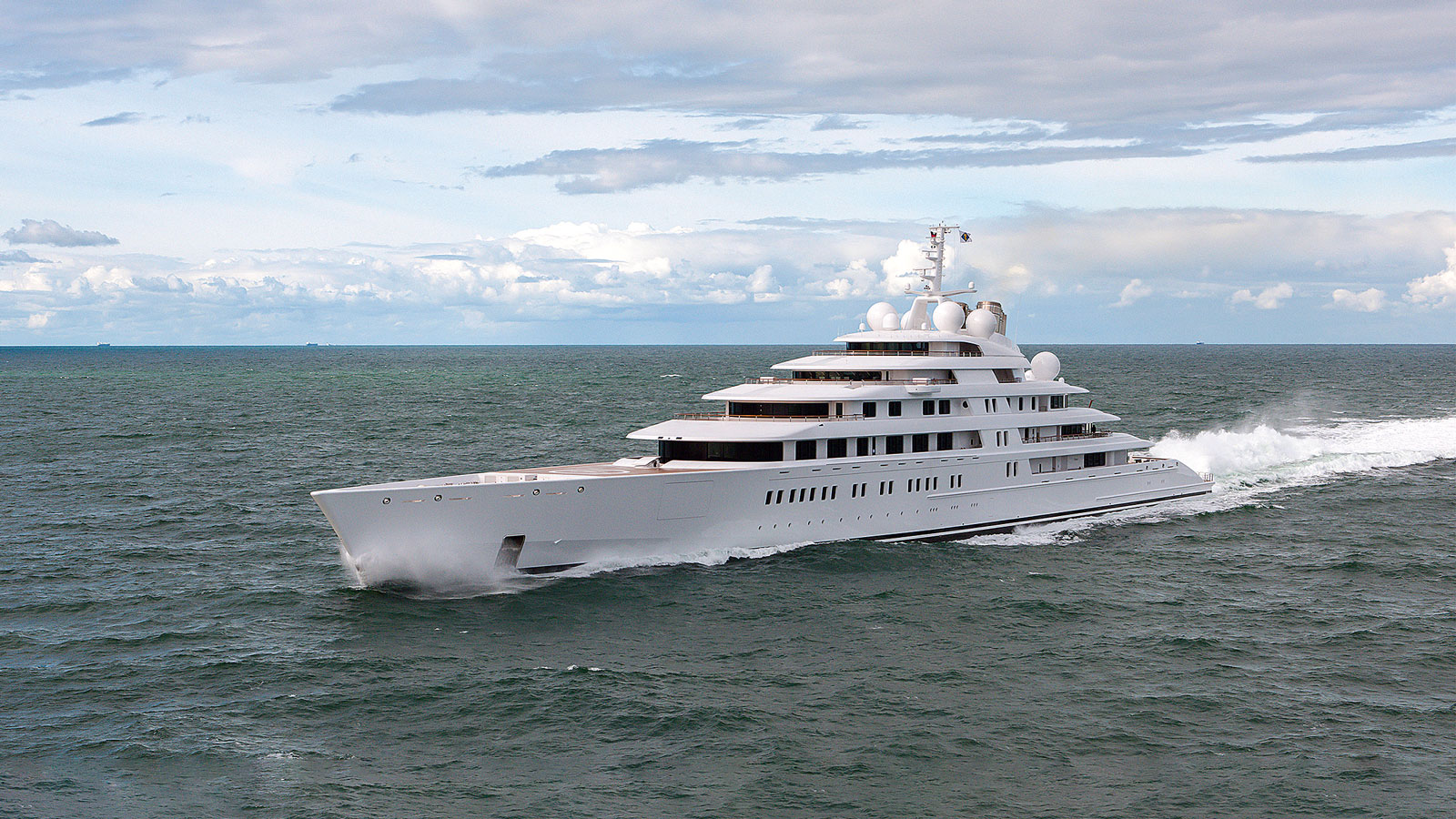