The Dubai yacht was planned for the Prince Jefri Bolkiah of Brunei before 1996, but the client stopped the construction contract the next year. In 2001, she went to the current owner, Mohammed bin Rashid Al Maktoum. The yacht was designed by Andrew Winch, with an interior design by Platinum Yachts, she approximately cost $400 million.

The aptly named Dubai yacht is the royal yacht of Sheik Mohammed bin Rashid al-Maktoum of Dubai. The accommodation, styled by Nakheel Interiors, is designed for 24 guests and comprises an owner’s suite, five VIP suites, and six guest suites, all with open balconies.

Special features include a 21.3m-wide atrium, a swimming pool, barbecue area, cinema, disco, a landing platform for a Blackhawk helicopter, a gymnasium, a garage for the yacht’s submarine, and a vast array of water toys. Full certification was obtained from Lloyds Register of Shipping in October 2006 and she has since made several voyages. She can reach a maximum speed of 25 knots. 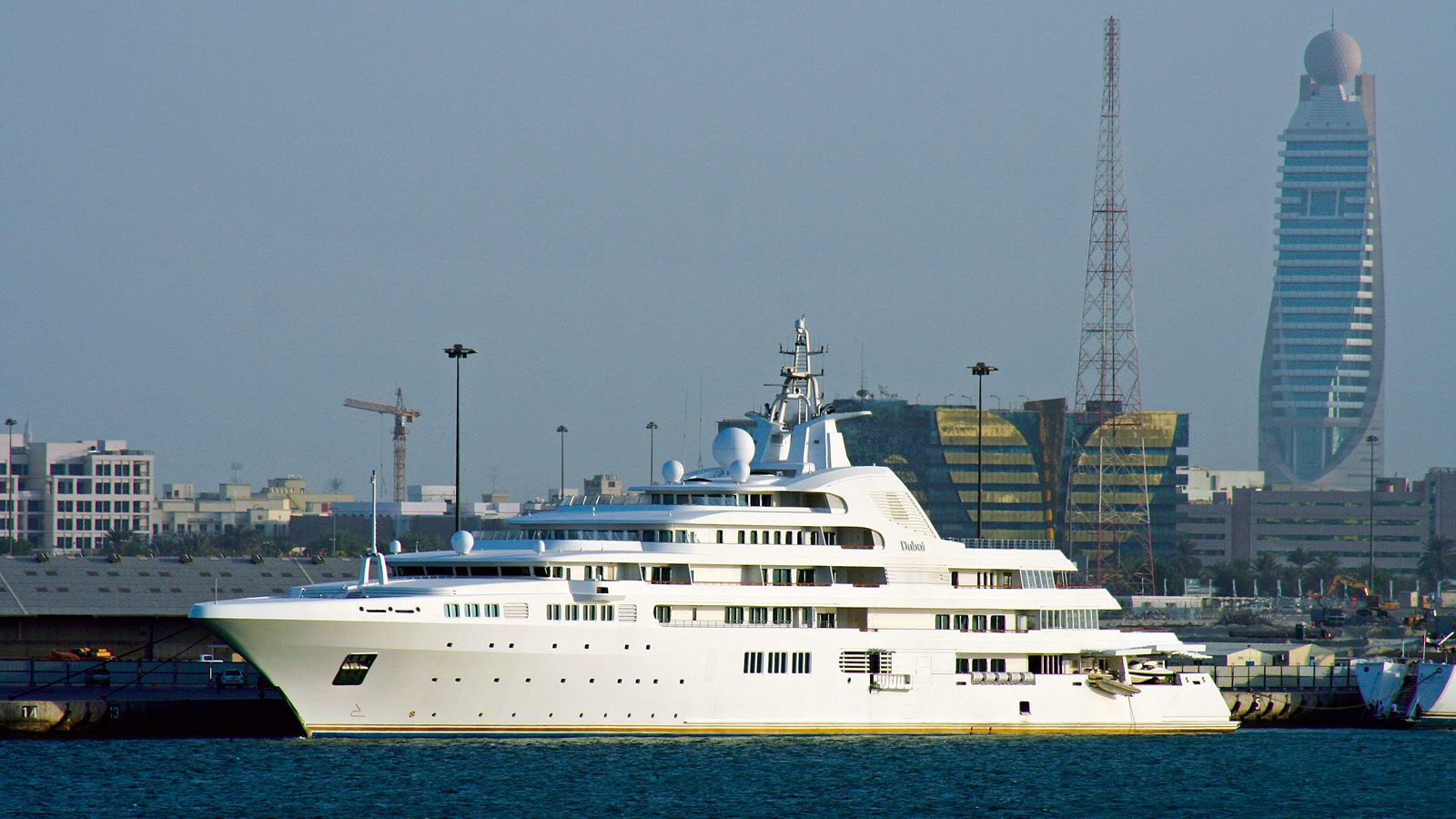